Bad people with bad habits: it’s easy to catch early and filter them out.

Good people with good habits are too rare. They hardly come by.

But good people with bad habits are more common. 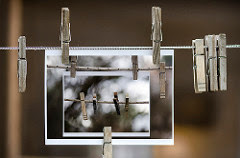 These are the people whose enormous potential is being blocked by some self deceptions going on in their minds, that they don’t see, but others around them can tell. As always, those around us know a lot more about us than we ourselves (though 99.9% of the times we think it’s the other way around).

So what to do?

It turns out that good old objectivity is our best friend.

Consider a programmer I used to work with. He was an honest guy with good intentions to do a good job. At the end of the day however, he would live up to 40% of his potential. But he felt enormous stress in accomplishing even that. Worse yet, he thought he was giving his 100%.

So while this good guy was stressing out to the maximum of his energy, his performance was bad, and he didn’t even know.

Our mind plays various tricks on us. But our best weapon to catch them is objectivity.

Popular posts from this blog

The Dream of the Information Age

December 06, 2007
If this beauty of a device meets it's mission of being owned by every kid on the planet, we are looking to a new dimension of the Information Age.
For full profile of the device, visit BBC's technology page.
Read more

October 06, 2005
In Q3-2005 we discovered the power of online sales and started to market Wapsol's products extensively online. Just as importantly we decided to get into the trading business for WLAN accessories (antennae, cable, connectors etc) which entails buying from manufacturers and selling on online-retail. Needless to say ebay's 26 worldwide markets were lucrative points of sales.

We used Paypal for collecting most of payments from customers outside Germany. The numbers ticked up fast and we were hecticly building up infrastructure for shipping, online-support, product-portfolio and payment-systems.

One morning as I woke up in Germany I found that Paypal decided to lock up our account without any specific reason. There were no disputes or complaints from buyers or anything that suggested provocation. They just locked it. In it a few thousands of dollars of cash-flow and the account was listed as a favored payment option for some 100 pending auctions - now customers couldn't pay for …
Read more

Journey, not a Destination

May 27, 2020
The 7 Spiritual Laws .. make a connection between personal psychology and spirituality. It's one of those things that we seem to know already deep down, and once someone articulates it in words, it makes an immediate click!

Thanks, Michael George Knight, for introducing this book through your amazing summary at bestbookbits.com.

Here are my notes for self-reference. These laws can be referred throughout the day as life's events unfold.
Pure Potentiality Our essential state is pure consciousness.  It is the field of all possibilities and infinite creativity.  Our physical body, the physical universe – every thing in the material world – comes from the same source: a field of silent, unmoving awareness from which anything is possible.

The same field that nature uses to create and sustain a forest, a galaxy, or a human body can also bring about the fulfilment of our desires.  This field is the source of all power, all intelligence, and infinite organising ability.
When our internal…
Read more